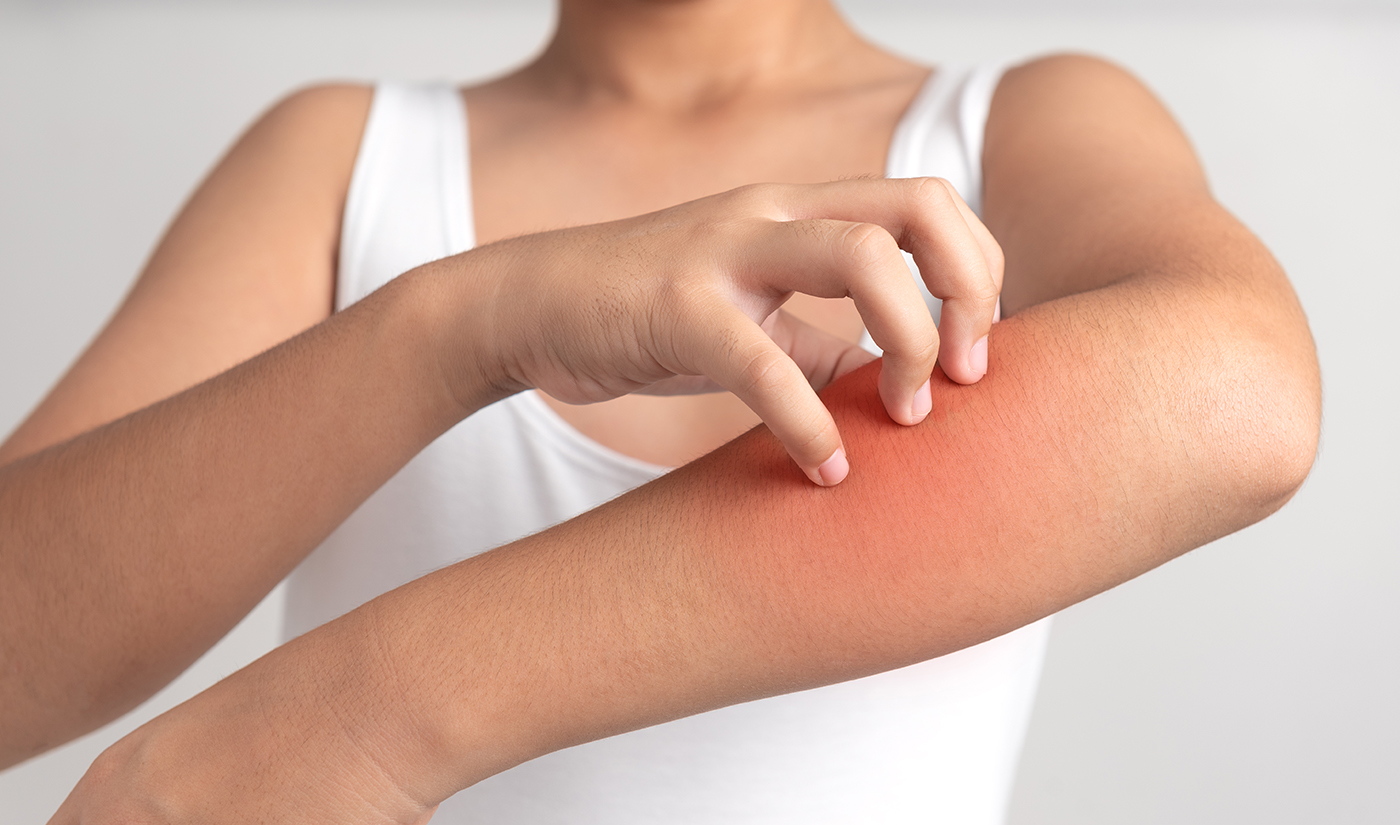 Allergic skin reactions are very common, and it can be difficult to figure out what causes them.

Rashes can be caused by many things, such as  poison ivy, allergic reactions to a medication or a food, or a response to an illness. Allergic eczema (atopic dermatitis) and hives (urticaria) are two of the most common skin rashes.

Eczema affects 10%-20% of children and 1%-3% of adults. Eczema is a term for several different types of skin swelling. Eczema is also called dermatitis. It is not dangerous, but most types cause red, swollen and itchy skin. Factors that can cause eczema include other diseases, irritating substances, allergies and your genetic makeup. Eczema is not contagious.

Hives are red bumps or welts that appear on the body. About 20 percent of Americans have hives at some time in their lives. Urticaria, also known as hives, is an outbreak of swollen, pale red bumps or plaques (wheals) on the skin that appear suddenly — either as a result of the body’s adverse reaction to certain allergens, or for unknown reasons.